What shade of Race Are We - Part I

Race was conceived by colonial cultures to elevate their national distinction.  These colonial cultures needed a justification to objectify other humans and distort their existence.  Colonials defined these peoples as less than, mechanisms, to fuel their industries.  These colonial cultures manifested a convenient economic distinguish-er creating a mindset that allowed them to see their body as superior.  This implied inferiority wasn't fake, but surely wasn't necessarily biological or physiologic.  The enlightenment gave evidence that the European level of sophistication separated them from indigenous peoples.  Colonial's inhuman ideas of superiority seemed to depreciate their progressive cultural uniqueness.  It brings some sadness for how the concept of Race obfuscates the capacity for wonderment and gentleness in the Anglo culture. This need for Colonial or Anglo distinction has grown to be an American blemish still trying to make itself a home. The concept has become a barrier to human unity.

As much as I refuse to acknowledge the existence of Race, I have to own that I have integrated some of its toxic attributes into my own values.  It has lured me into seeing through the lens of racism.  I have to share how I size up Chicanos with the same racist lens Suburbia sees me through. I have to realize that I am the token brown friend at times, sometimes seen through my own insecurity and others times through my interpretation of clues.  I have to see how there are times when I try but can't camouflage my brownness with enough knowledge and wisdom to overcome someone's biased idea that my aptitude and capabilities can't be true.  I see how I do the same bigotry.  How do I dismantle these characteristics in my psyche?

I am challenged, distressed, and flabbergasted by recent racial topics in main stream publications, social interests, and politics.  Where is the understanding about Race's fictitious origins.  Can't we see the fiction? Can't we teach that Race is an idea not a principle?  I become anxious to watch how Race is distorting and distracting large populations from real social progress.  I get torn when I get inspired with a need to express my feelings and grievances, and do it without generalizing, implicating all Anglos , clumping together a spectrum of cultures Irish, Italian, Germanic, Greek, Briton, and various Eastern block cultures unfairly, their unique humanity cultural struggle ignored, their effort to express humanisticly, their contribution to undoing the stigmas and tension forgotten.  How do I speak to the ongoing struggle while honoring the Anglo cultures that don't explicitly contribute to the divisions of Race?

The challenge for me is trying to hold the understanding for how Race is entangled with profiling, vocation, religion and perception.

As a forming adolescent, I built up my identity through a process, taking my cultural loyalty, bathing it in popular trends, and measuring... 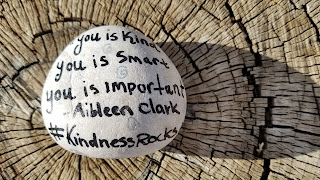